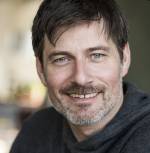 I’ve been working as a radio- and TV-presenter and voice-over artist since 1996. I’m a music expert, and I’ve been on air more than 1000 times, mostly for broadcasts on classical music and culture in general. I’ve also worked as a TV presenter (for instance as news-announcer in the Berliner Abendschau at Sender Freies Berlin and host on “Wohin in Berlin?”) and did various literary readings. For me, voicing means finding the optimal audio style for a text. It is this challenge that makes the job interesting, no matter what kind of texts people want me to read. In my sound studio, I not only record others and my own voice, but I also like working as a producer and coach in order to pass on what I’ve learnt to others.

You can find out more about which cookies we are using or switch them off in settings.

This website uses cookies so that we can provide you with the best user experience possible. Cookie information is stored in your browser and performs functions such as recognising you when you return to our website and helping our team to understand which sections of the website you find most interesting and useful.

Strictly Necessary Cookie should be enabled at all times so that we can save your preferences for cookie settings.

If you disable this cookie, we will not be able to save your preferences. This means that every time you visit this website you will need to enable or disable cookies again.